Hello, everyone! It’s been quite a long time since my last post, but school is finally wrapping up, so I hope to be posting a lot more over the summer! It’s crazy that a whole year of school has nearly passed, as it seems like it just started. Anyways, Siobhan at Novelties tagged me for the I Should Have Read That Book Tag a while ago, and I’m excited to finally get to it! (Also, Siobhan’s blog is wonderful and always has fun tags and great discussions, you should definitely show her some love!) END_OF_DOCUMENT_TOKEN_TO_BE_REPLACED

Happy Tuesday! Today I’m back with another Top Ten Tuesday post, hosted by Jana at That Artsy Reader Girl. This week’s prompt is books on your spring TBR. These seasonal TBR prompts are actually some of my favorite TTT posts to write, as they help me to stop, think, and prioritize some of the books I want to read in the near future. Though I don’t always follow through with my plans, I still enjoy making them! Here are my top ten books I would like to read this spring! END_OF_DOCUMENT_TOKEN_TO_BE_REPLACED

Hello, fellow book friends! Recently, (as in several years ago…) one of my friends suggested that I read Shatter Me by Tahereh Mafi. Then we found out a fourth book was coming out in March 2018, and thus I decided to read the series and see what all her fangirling was all about. Let’s just say… she was right! So, I am combining all of their reviews into one post (except for the newest book, Restore Me). Are you ready to discover an incredible series? END_OF_DOCUMENT_TOKEN_TO_BE_REPLACED

He has no voice, or name, only a rank, Eighth. He doesn’t know the details of the mission, only the directives that hum in his mind.

Dart the humans. Leave them where they fall.

His job is to protect his Offside. Let her do the shooting.

Until a human kills her…

Sixteen year-old Raven is at summer camp when the terrifying armored Nahx invade, annihilating entire cities, taking control of the Earth. Isolated in the wilderness, Raven and her friends have only a fragment of instruction from the human resistance.

Which seems like good advice at first. Stay put. Await rescue. Raven doesn’t like feeling helpless but what choice does she have?

Then a Nahx kills her boyfriend.

Thrown together in a violent, unfamiliar world, Eighth and Raven should feel only hate and fear. But when Raven is injured, and Eighth deserts his unit, their survival depends on trusting each other…

Hey, everyone! I haven’t been super active with blogging lately, but I recently finished Zero Repeat Forever by G.S. Prendergast, and I was pleasantly surprised by the unique story I discovered. It is an interesting science fiction read, very similar to The Fifth Wave. The characters are dynamic and challenge the idea of what makes us human. With incredible allusions to Poe’s “The Raven,” this book is an amazing read for anyone who loves a good sci-fi! END_OF_DOCUMENT_TOKEN_TO_BE_REPLACED

Walk on Earth a Stranger by Rae Carson

Gold is in my blood, in my breath, even in the flecks in my eyes.

Lee Westfall has a strong, loving family. She has a home she loves and a loyal steed. She has a best friend—who might want to be something more.

She also has a secret.

Lee can sense gold in the world around her. Veins deep in the earth. Small nuggets in a stream. Even gold dust caught underneath a fingernail. She has kept her family safe and able to buy provisions, even through the harshest winters. But what would someone do to control a girl with that kind of power? A person might murder for it.

When everything Lee holds dear is ripped away, she flees west to California—where gold has just been discovered. Perhaps this will be the one place a magical girl can be herself. If she survives the journey.

Hello fellow book friends! I recently (as in a while ago) finished Walk on Earth a Stranger by Rae Carson, and discovered a truly great book! It is jam packed with historical aspects and lovely characters. I felt like I was traveling to California right along with them, experiencing everything that they did and feeling the things that they felt. Carson’s writing is elegant yet brutally honest, and it makes for a great historical read!

END_OF_DOCUMENT_TOKEN_TO_BE_REPLACED

I proudly participated in my first reading challenge this past month, and I feel as if I was pretty successful!! I took part in #TheReadingQuest hosted by Aentee @ Read at Midnight. It ran from August 13 to September 10. (Yesterday, I know). You got to pick one of four characters to be and follow their reading path. I chose to be the Knight, and you can read all about my book reading decisions in my sign up post! END_OF_DOCUMENT_TOKEN_TO_BE_REPLACED

Hello, hello! We are halfway (and a litte more) through #TheReadingQuest hosted by Aentee @ Read at Midnight, and I think I’m doing pretty good! I’m sure there are people reading far more than me, but considering the speed in which I usually read, I’m quite happy. (During this Quest, I am reading each book in about four days, when usually it would take me over a week with school going on.) END_OF_DOCUMENT_TOKEN_TO_BE_REPLACED

Defy the Stars by Claudia Gray

Noemi Vidal is seventeen years old and sworn to protect her planet, Genesis. She’s willing to risk anything—including her own life. To their enemies on Earth, she’s a rebel.

Abandoned in space for years, utterly alone, Abel has advanced programming that’s begun to evolve. He wants only to protect his creator, and to be free. To the people of Genesis, he’s an abomination.

Noemi and Abel are enemies in an interstellar war, forced by chance to work together as they embark on a daring journey through the stars. Their efforts would end the fighting for good, but they’re not without sacrifice. The stakes are even higher than either of them first realized, and the more time they spend together, the more they’re forced to question everything they’d been taught was true.

I am a huge fan of Claudia Gray’s A Thousand Pieces of You (and the rest of the trilogy). It is beautiful and captivating, and I expected nothing less from Defy the Stars. Though I really enjoyed the book, I was a bit underwhelmed. By no means was it bad, I just had really high expectations, many of which were still met. END_OF_DOCUMENT_TOKEN_TO_BE_REPLACED 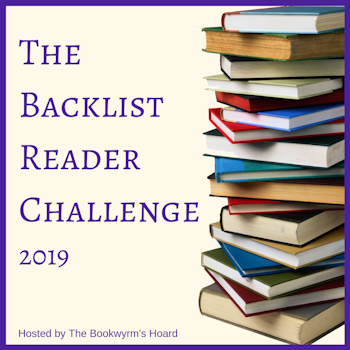